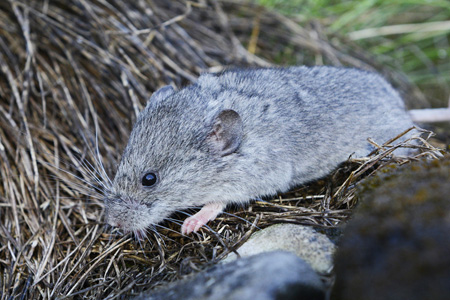 The Balkan snow vole, Dinaromys bogdanovi, also known as Martino's snow vole is the only member of the genus Dinaromys. Eight subspecies of this vole have been recognized from southern parts of Europe. The genus name means "Dinaric mouse", referring to the Dinaric Alps. The Balkan snow vole is a living fossil, the only living genus in the tribe Pliomyini and might arguably better be placed in Pliomys, a genus established for its fossil relatives even before the Balkan snow vole was scientifically described.

The Pyrenean desman (Galemys pyrenaicus) is a small semiaquatic, globally threatened mammal related to moles and shrews, and, along with the Russian desman (Desmana moschata), is one of the two extant members of the tribe Desmanini. The species occurs in north and central parts of Spain and Portugal, French Pyrenees, and Andorra, but severe range contractions have been documented across its geographic distribution.

The long-fingered bat (Myotis capaccinii) is a species of vesper bat. It is known from Morocco, Algeria, southern Europe and the Middle East as far east as western Iran and have become regionally extinct in Switzerland. 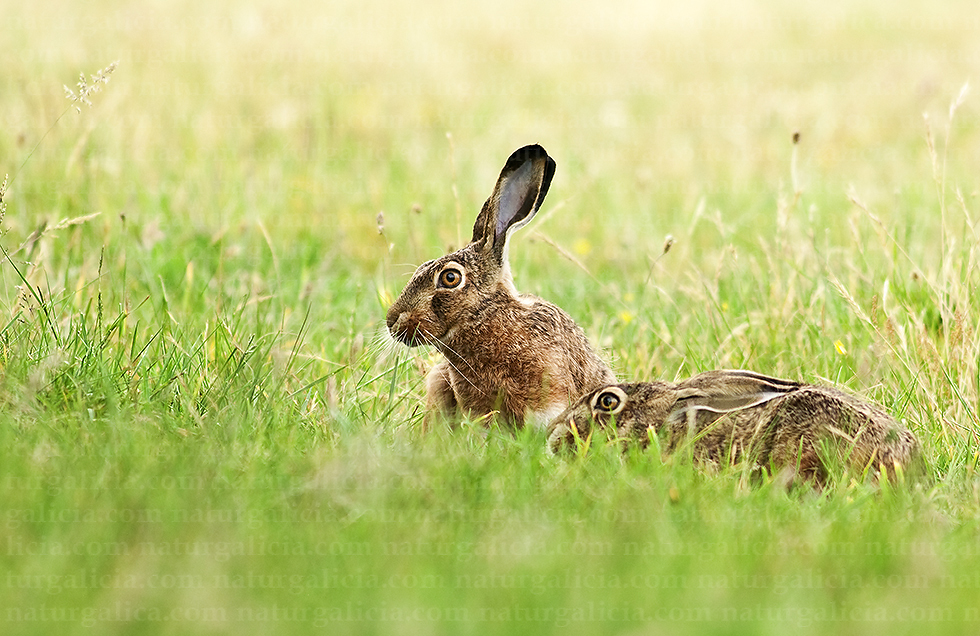 The broom hare (Lepus castroviejoi) is a species of hare endemic to northern Spain. It is restricted to the Cantabrian Mountains in northern Spain between the Serra dos Ancares and the Sierra de Peña Labra. This region is about 230 km (140 mi) from east to west and 25–40 km (16–25 mi) from north to south. It lives in mountains at elevations up to 2,000 m (6,600 ft), though it descends during the winter to avoid the colder temperatures and snow. Its preferred habitat is heathland, containing mainly Erica, Calluna, and Vaccinium, with much shrub cover of Cytisus, Genista, and Juniperus. It also inhabits clearings in mixed deciduous forests of oak and beech.

The Iberian lynx (Lynx pardinus) is a wild cat species native to the Iberian Peninsula in southwestern Europe that is listed as Endangered on the IUCN Red List. It preys almost exclusively on the European rabbit. In the 20th century, the Iberian lynx population declined because of sharp declines in rabbit populations, caused by myxomatosis, rabbit haemorrhagic disease and overhunting, fragmentation of grassland and forest habitats and poaching. 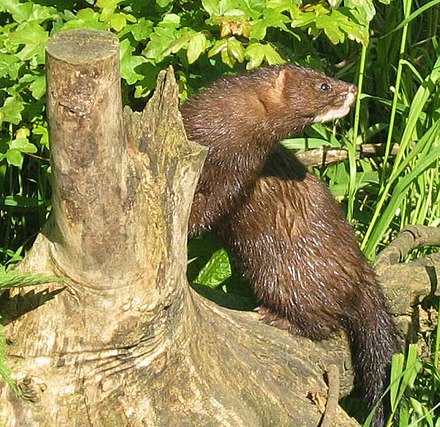 The European mink (Mustela lutreola), also known as the Russian mink and Eurasian mink, is a semiaquatic species of mustelid native to Europe. It is similar in colour to the American mink, but is slightly smaller and has a less specialized skull. Despite having a similar name, build and behaviour, the European mink is not closely related to the American mink, being much closer to the European polecat and Siberian weasel (kolonok).The European mink occurs primarily by forest streams unlikely to freeze in winter. It primarily feeds on voles, frogs, fish, crustaceans and insects. 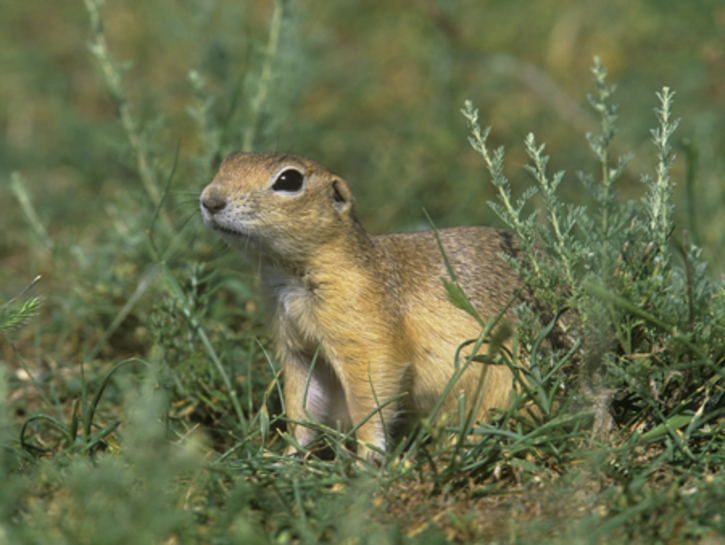 The European ground squirrel (Spermophilus citellus), also known as the European souslik, is a species from the squirrel family, Sciuridae. It and the speckled ground squirrel (Spermophilus suslicus) are the only European representatives of the genus Spermophilus. Like all squirrels, it is a member of the rodent order. It is to be found throughout eastern Europe from southern Ukraine, to Asia Minor, Austria, the Czech Republic, Slovakia, Serbia, Greece, Romania, Bulgaria, Macedonia and north as far as Poland but the range is divided in two parts by the Carpathian Mountains.